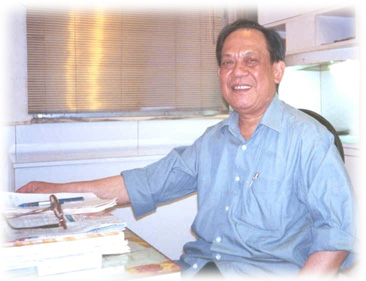 The Centre has been pursuing in the research and development of using Chinese medicines in curing chronic hepatitis.  In September 2000, we finished a clinical study on 2000 hepatitis cases and concluded a preliminary study with two distinctive remarks:-

1.   Hepatophilic virus is probably the causes of many diseases.   In clinical examination, numerous common and frequently recurring diseases are in fact caused by hepatophilic viruses which lead to clinical symptoms of latent hepatitis and even forming the main cause of aging and death.

2.   It is necessary to cure the fundamental and that the liver is the basis for treatment and it holds true in our clinical observation.   In fact, hepatophilic virus has typical clinical symptoms.  Only when apply the traditional Chinese medical theory to classify these hepatophilic diseases into clinical classifications, can we then fully explain the excellent effect of using traditional Chinese medicines (“TCM”) to cure the diseases.

According to Chinese medical theory, “the concept of the organism as a whole”  is true and correct.  He explained that during his clinical observations, patients went through different typical stages : from the  preliminary to the advanced, from the superficial to the deeper stages.   Concluding from the 2000 cases, we found out the ways of curing hepatophilic diseases by using TCM combined formula.  As we believe systemic treatment in using TCM, the clinical symptoms of the patients were cured and which in turn, other relevant diseases relating to different parts of the body system also received effective treatment.