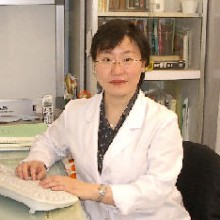 She was Dr. Wong’s apprentice  in early 90’s and studied traditional Chinese medicine in Hong Kong and Mainland.   In 2007, she  graduated from the China Academy of Chinese Medical Science and obtained her master degree in Chinese Medicine.  In 2014, she obtained her PhD from Guongzhou Chinese Medicine University with emphasis on the study of viral diseases.  She is responsible for the administration and translation aspect of the clinic.